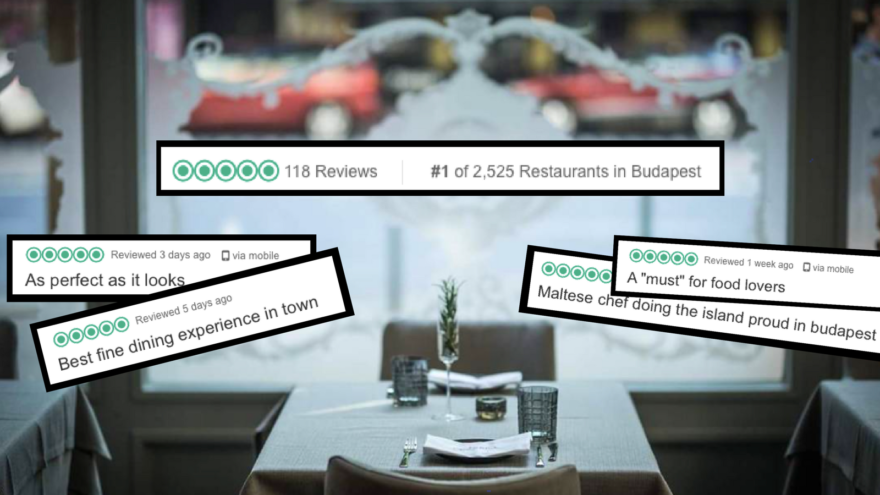 Top Maltese Restaurant Caviar & Bull is already making waves after having opened its doors in Budapest earlier last month, and it’s taken the number one spot for the restaurants in the city.

Run by chef and entrepreneurial genius Marvin Gauci, Caviar & Bull opened its doors in Hungary at the Corinthia Hotel in Budapest, housed in a beautiful landmark for locals for the last couple hundred years.

The new restaurant, which retained a similar style to the one in Malta (signature dishes and all), has already received 118 reviews. 99% of these were 5 Star, “Excellent” reviews, with 1% getting the second best “Very Good” rating. This helped Caviar & Bull Budapest clinch the coveted top restaurant ranking over 2,524 other restaurants.

The large amount of extremely positive reviews came from Budapest locals, Maltese people who dropped by while in Hungary, and instant international fans alike.

One Hungarian client said “the restaurant brought really good ideas to Budapest”, while a reviewer from California said the whole thing was “one of the best dining experiences that I have ever received”. And while many people hailed it as “the best fine dining experience in town”, it seems like Marvin Gauci has also carried his signature friendly demeanour to Budapest, as multiple reviews mentioned him specifically by name.

To read all the reviews, check out Caviar & Bull’s Trip Advisor page, and be prepared to want to be in Budapest right now. In the meantime, here are some mouthwatering snaps from the coveted restaurant itself.